The first female Prime Minister of Thailand has been forced out of her position as caretaker premier by the Constitutional Court today. Ms. Yingluck Shinawatra came to power in 2011 after sweeping victories in the election, defeating the Democrat Party. Her removal by the court has sent outraged among the rural population outside of Bangkok. Many see the court’s action as politically motivated and unjust, as the court systematically ignored the rule of law and the overwhelming support from the ballot box of 2011 and recently in February 2014.

For the past six months the People’s Democratic Reform Committee (PDRC) had engaged in street riots, violence and threats of insurrection in their attempt to remove Yingluck. Critics have argued that the court has moved away from its role as guardians of the constitution and has deliberately moved towards the much-talked about “judicial coup” after the military repeatedly refused to support PDRC’s call for insurrection. It is this very court that also concluded that PDRC guards were unarmed and peaceful, despite the police evidences and the fatalities of the so-called “Thai Uprising“. It is believed that some elements of the “independent organizations” are in league with PDRC and their anti-democratic allies. 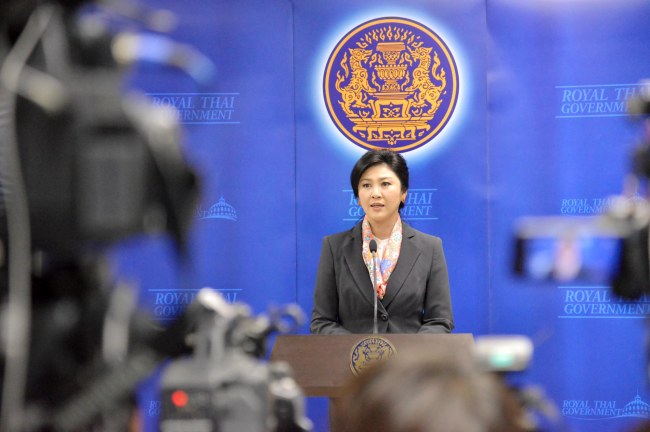