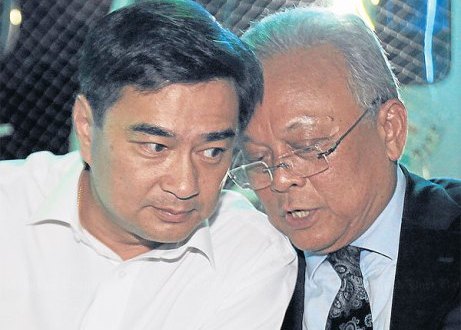 Mr Prompong Nopparit, a spokesman of the Pheu Thai Party, said there has not been not much progress in the seven cases against the Democrat Party when compared to the case against Caretaker Prime Minister Ms. Yingluck Shinawatra, who has been accused of dereliction of duty over her role in the rice-pledging scheme.

It has been argued that “independent organizations” are not so independent from political influence. As if taking their cue from the months of street riots and rallies, some of these organizations have deliberately pushed their agenda to isolate the caretaker Government and push for a derailment of democracy. These acts have increased ever since speculations and rumours of an army coup was met with squashed by the head of the army. The “judicial” coup proceedings have increased after the election of February 2.