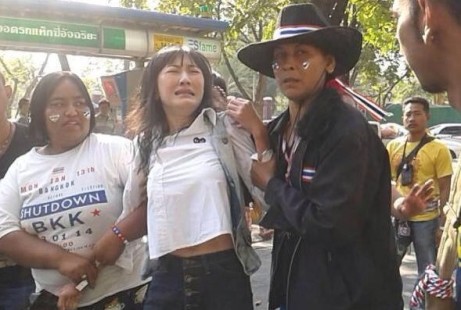 In early February, the “guards” of the so-called People’s Democratic Reform Committee violently manhandled and illegally detained a woman they claimed to be a spy. The allegation was untrue but the damage (violence against a woman) was done. The impact of PDRC thugs on the streets of Bangkok affects security and safety of everyone.