Prime Minister and Defense Minister Yingluck Shinawatra has made a renewed bid for national reconciliation and peace after minority Opposition leaders were involved in a series of street protests calling for a removal of democratic process and Government.

You may be interested in some pixs in my CNN iReport. 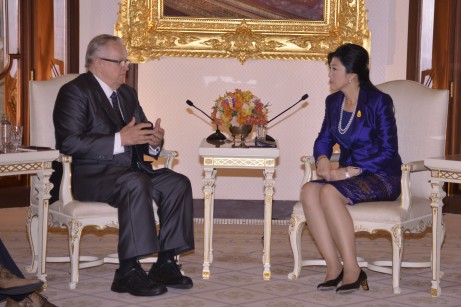 Martti in conversation with Yingluck