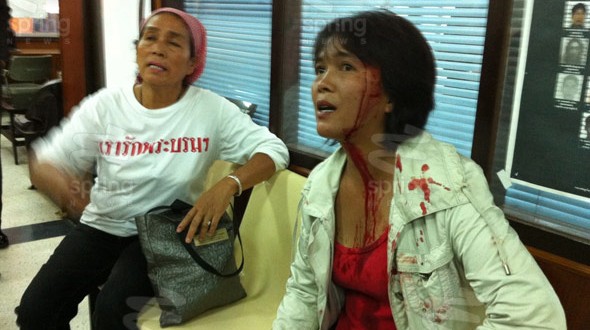 BANGKOK – A peaceful protest organized by the “Red Shirts” turned chaotic when an opposite group of what has been described by a by-stander as “neo-fascists” confronted the assembly.

Injuries and damages to property were reported.
More than 5 people, including a local journalist were rushed to the hospital, injured by hurled rocks and bottles.

The purpose of the peaceful demonstration is unclear at the moment although members of the People’s Alliance for Democracy (PAD) had claimed responsibility for trying to stop the assembly.